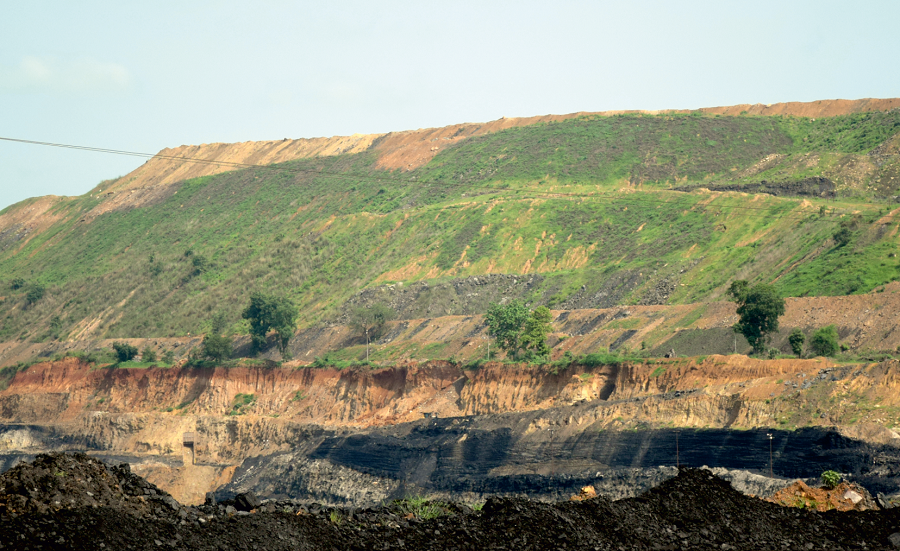 The Indian government has announced an ambitious plan to produce 1 billion tons of coal production by 2023-24. In order to meet this target, massive expansion of opencast mines is envisaged. About 80% of India’s coal reserves lie in the central Indian landscape and much of it is under forests. Destruction of forests is inevitable for open-cast mining. Along with deforestation, direct and indirect mining activities change the landscape surrounding the mine.

Direct activities include removal of the topsoil, followed by excavation of overburden and then coal extraction.
Indirect activities include the tree felling for constructing roads, houses and other infrastructure, thus increasing the anthropogenic impact on the surrounding landscape.
In an era of rapidly advancing climate change, reducing deforestation and undertaking critical reforestation efforts has become a key goal of governments.

A two-step process for land reclamation

Physical reclamation involves bringing the excavated land back to its original state, by backfilling the overburden (OB) material in the de-coaled voids.

Biological Reclamation when we revive the filled-up land by afforestation